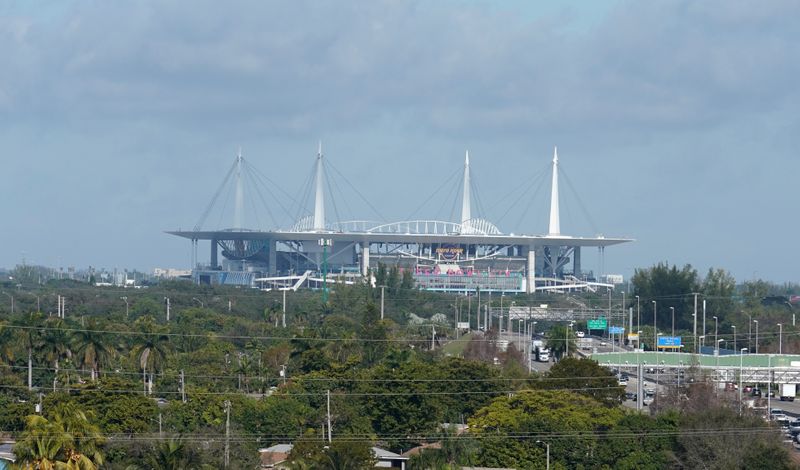 (Reuters) – The winner of Sunday’s Super Bowl between the Kansas City Chiefs and San Francisco 49ers is of little concern to Las Vegas casinos, with a sizeable jackpot awaiting them so long as it is a low-scoring and uneventful affair.

While the bulk of bets will not be made until closer to kickoff, the current pattern is not expected to change which means it will be a balanced game for bookmakers with most tickets backing the Chiefs but bigger wagers on the 49ers.

“When it’s all said and done I don’t think it’s really going to matter who wins the game,” Jay Kornegay, executive vice president of race and sports operations at Westgate SuperBook, told Reuters in a telephone interview.

What likely will determine how much the casinos make off the biggest U.S. sporting event of the year is whether the combined score, or the over/under, of two of the NFL’s most potent offenses, is greater or less than 54.5.

Considering the Chiefs boast one of the best quarterbacks in Patrick Mahomes while 49ers running back Raheem Mostert is coming off a four-touchdown performance, a repeat of last year’s record low-scoring Super Bowl seems unlikely.

“We will need the under as typical betting patterns are showing up and people are playing the over,” said Kornegay. “In fact about 83% of all the tickets on the total (score) have been on the over and we expect that to continue into the weekend.”

Kornegay also said proposition bets, like deciding whether an interception will be returned for a touchdown or if there will be a two-point conversion, account for about 65% of the Westgate Superbook handle.

With such a large amount dedicated to proposition bets, Kornegay said casinos would be better served if the game does not produce much in the way of wacky plays but is more of a straightforward affair.

“We don’t want a dull game like we saw last year,” said Kornegay, referring to the New England Patriots’ 13-3 win over the Los Angeles Rams.

“We just don’t want a lot of craziness happening during the course of the game because whenever those types of things happen I can guarantee you that we are losing money.”

Sports bettors wagered $145.9 million in Nevada on last year’s Super Bowl, which was 8% below the record $158.6 million wagered on the 2018 NFL game between the Philadelphia Eagles and Patriots, who have played in four of the last five Super Bowls.

Kornegay feels all the ingredients are firmly in place for Nevada casinos to accept a record handle, or the total amount of bets placed.

“We’ve got a marquee matchup, two really loyal fanbases and nobody has Patriots fatigue,” said Kornegay.

“Plus the economy is very strong, which always reflects on the Super Bowl handle, so you have some very positive factors going into this game that all point to another record handle on the Super Bowl.”