Markets In Search For The Bottom

The opened after the long New Year holidays and immediately began to reflect the decline in markets that had occurred during the downtime of some Chinese exchanges. China A 50 index opened with an 8.5% drop to its lowest level since June 2019 but was able to rebound from those levels.

To calm down local markets, the Chinese Central Bank announced a 1.2 trillion yuan (about $175 billion) in reverse repo operations. It also announced a 10-point rate cut to provide a longer-term liquidity injection into the financial system. 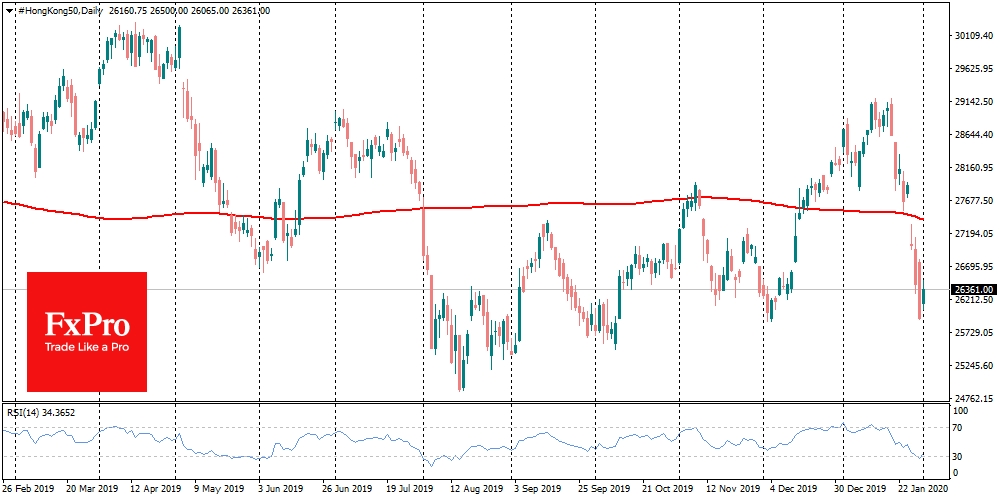 More than 8% decline of some Chinese platforms is now no more than a big headline for financial media, as well as the news that offshore Chinese yuan crossed 7.0 on Monday morning.

Hong Kong stock exchanges, which was opened on last Wednesday, were mostly in green this morning, reflecting both the actions of the Chinese Central Bank and government, as well as the general decline in the degree of anxiety around the virus. 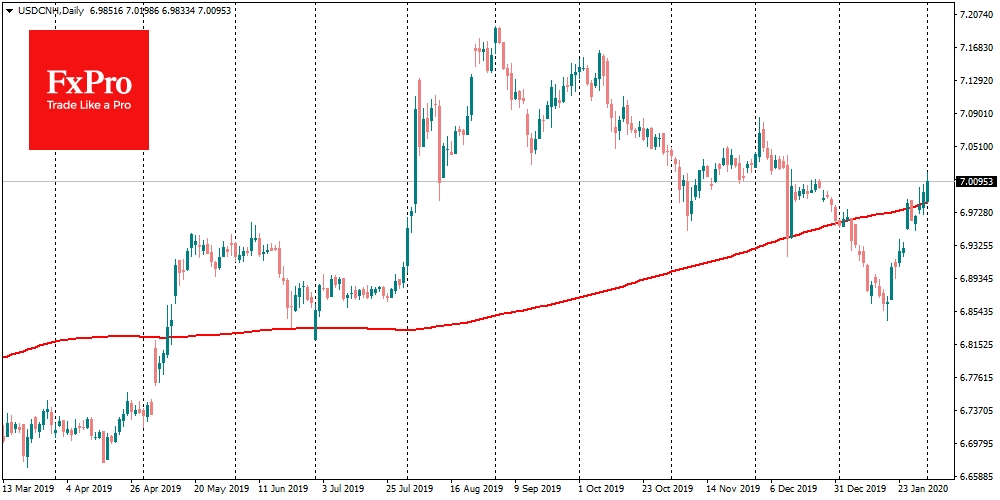 USDCNH stepped up above 7.0

There is also a decline in demand for protective instruments on the foreign exchange market. Thus, the is declining from monthly highs to the dollar, rising from 108.50. The was losing positions on Friday, especially against the and the . The Australian dollar, which on Friday was one step away from the 11-year lows, is also trying to find the power for recovery.

Of course, traders and investors should understand that the situation remains alarming, and at any moment news of coronavirus spreading to other countries can hit the indices and global demand for risk assets. However, there are increasing signs that some investors are trying to pick up beaten assets on expectation that previous market reactions were too harsh and that government and central bank actions will finally turn the situation around. 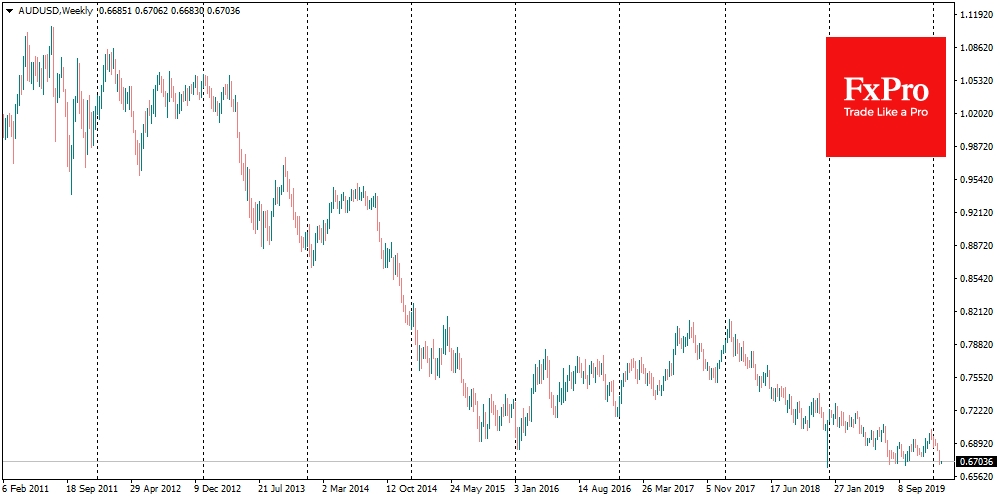 AUDUSD try to find a bottom near 11-year lows

As Democrats fight for Iowa, Bloomberg makes a play for delegate-rich California By Reuters

The Miners’ Message For The PMs Rally